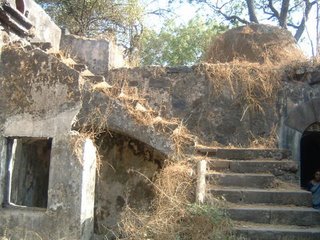 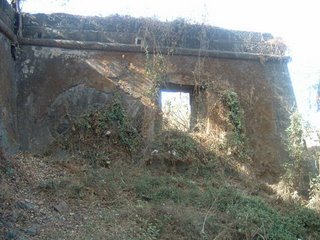 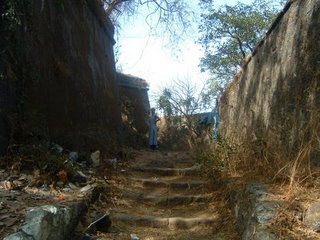 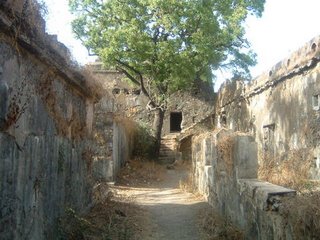 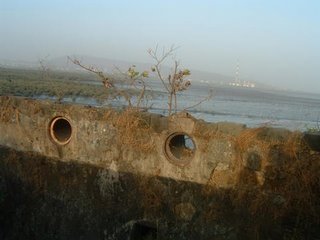 Build by the British as a checkpost, the Sewri fort which dates back to 1680 was then located on the eastern shore of the Parel Island, one of the original seven islands that formed Mumbai. In 1789 Yadi Sakat of the Janjira Islands conquered the Sewri fort along with the Masgaon fort. The fort had a garrison of 50 sepoys under a subedar and was equipped with around 10 cannons.The fort was subsequently used to house prisoners and later became a Bombay Port Trust godown. (Wikipedia)

A bumpy drive past the Imax theater through huge craters on the road brought me to the Sewri Mud flats and as I stood next to the Colgate Palmolive factory my jaw dropped at the site of icecream pink covered mangroves. The Sewri mud flats are home to the Flamingoes that migrate here every year from September to May.I took in the sight to my heart's content and then decided to make my way up the quarried hill to the dilapitated remains of the Sewri Fort. A foul smell emanated as I climbed up the stairs. The fort, unfortunately has been turned into a public toilet by the local residents. The walls bear wittness to where the cannons once stood. If you look seawards past the mudflats and the flamingoes you see the RCF factory in the backdrop.
Sad how little the government takes care of such heritage sites.
Posted by Laxmi Salgaonkar at 5:59 AM 8 comments: